There is a rich tradition of storytelling in Maori culture, with many a rip-roaring legend that describes the world in a magical way. Because Maunga Hikurangi is the first place in the world to see the sun every day, one of our favourite legends is of course Te Hopu a Maui i a te Ra, or How Maui Slowed the Sun.

Read the story below and then come to the Te Urunga-Tu Sunrise experience for the real deal with one of our master storytellers. 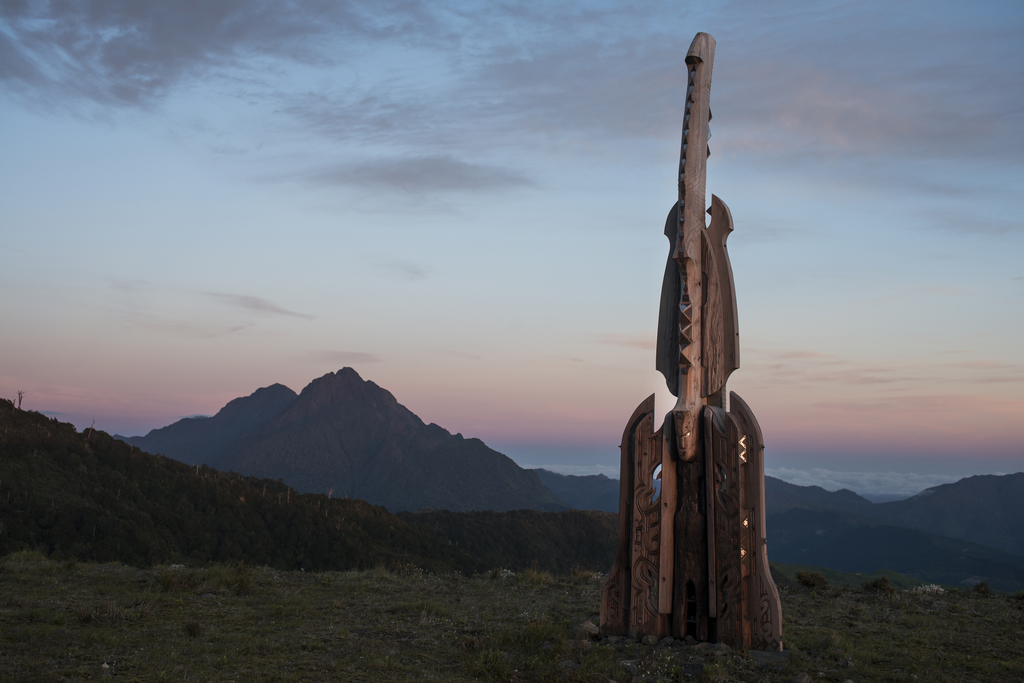 Many years ago, the sun raced so fast across the sky that every day the earth was plunged into darkness in no time at all. One evening Maui and his brothers could barely even see their evening meal, a hangi (where hot stones are buried with food, and cooked with the trapped heat) – they were not too happy about this. So Maui announced the idea to his brothers that he’d catch the sun and make it travel more slowly. Maui was a demi-god and had pulled off amazing feats already, like catching the largest fish in the world (the North Island of New Zealand). His brothers still laughed, however: the sun was huge and much too hot to catch.

A special tool and flax ropes

But Maui had a trick up his sleeve – he had the magical jawbone of his ancestor, Murirangawhenua. He convinced the others that it would allow him to catch the sun.

The next day, Maui asked his village to collect flax, and with it they plaited a pile of long ropes that they could use to catch the sun. Maui chanted a karakia (prayer) over the ropes for protection. That night, ropes and supplies in hand, Maui and his brothers set off on the long journey under the cover of darkness, to the place where the sun rose. During the days, they would hide under trees so that the sun wouldn’t see them coming. Along the way, they collected water in calabashes.

Eventually they came to a deep, scorched pit in the earth where the sun was sleeping. Maui instructed his brothers to soften the surrounding clay so that they could build clay huts, to protect themselves from the sun’s fiery heat when it rose. They then arranged the ropes into a noose around the pit and waited.

A skirmish with the sun

Soon morning came – the sun woke and started to rise. The heat was so great the brothers screamed in fear and tried to run away, but Maui commanded them to stay. It was a matter of staying to fight the sun or being killed by the sun’s fireballs as they tried to escape.
So the brothers pulled on the ropes and trapped the sun as it rose, which grew angry when it realised what was happening.
Maui then pulled out the jawbone and, braving the heat, struck the sun powerfully. The sun roared and thrashed in anger.
Maui commanded the sun to slow down – “No longer will you dictate the length of our days – from now on you will travel slowly across the sky!”
After a long and violent fight, and a few more jawbone strikes, the sun finally gave up – and agreed to slow down. The brothers let go of the ropes, and the tired sun drifted slowly to the sky.

From then on, Maui and his people had more than enough time to fish, work and gather food, and the sun continued to travel slowly across the sky.
And that is the story of how Maui slowed the sun – a legend that is brought to life among the 9 carved pillars and the stories of the guides, when you visit Maunga Hikurangi for the world’s first sunrise.