We are proud to be the first in the world to greet the sun each day, to feel the warm rays of the day’s first light on our sacred Maunga.

But while the sunrise and Hikurangi Maunga are an integral part of our identity as Ngati Porou, we certainly aren’t alone in our reverence of the sun. There are many cultures all around the world who share the same awe and respect for it. How it affects our land, and the lives we lead. And as international borders continue to be closed in response to the global pandemic, it felt like the perfect time to look into these other ancient cultures and deities in far away places, so that even without the ability to travel and meet one another, we can still feel connected.

Found buried in the 1700s under the town square of Mexico City, this ancient sun stone dates back to the late 15th century. It’s carved from solidified lava and weighs about 24 tonnes, is three feet thick and nearly 12 feet in diameter. It’s unknown what the stone was used for by the Aztecs in their day-to-day, but it is known to predict solar eclipses. The carving design features the Aztec sun God, Tonatuih, in the middle, holding a human heart in each hand. The design is intricate and depicts two calendar systems, and includes ‘unlucky days’ – when natural disasters will likely happen. The care and precision taken in creating the Sun Stone is living proof of the ancient Aztec respect for the sun, and can be seen today in Mexico’s National Museum of Anthropology

Surya is the Hindu god of the Sun – also considered the creator of the universe and source of all life. The myth tells the story of him travelling across the sky each day, being pulled by 7 horses and a red Aruna (personification of the sun) in a gold chariot. The Konark Sun Temple (Konark Surya Mandir) was built in 1250 to honor Surya, in a spot that is bathed in sunlight throughout the course of the day. It is carved completely of stone, with intricately-detailed wheels along its impressive walls, their designs paying homage to the months and seasons of the year. Not surprisingly, the Temple is a listed World Heritage Site and carefully maintained. Certainly worth adding to the bucket list. 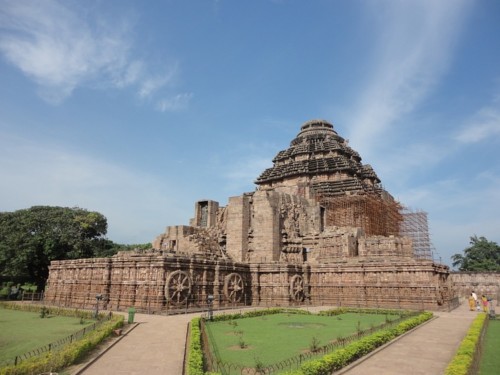 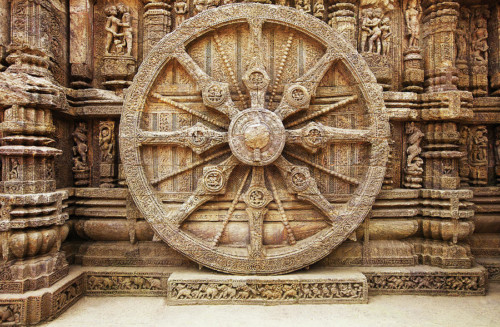 One of the intricately-carved chariot wheels of the Konark Sun Temple. Credit: https://www.britannica.com/place/Surya-Deula

Egyptian culture has a long history of sun-worshipping legends. The Ancient Egyptian sun God, Ra, was the king of all the deities and was said to be the creator of everything, and was the key reason for every Ancient Egyptian ruling king to follow and worship the sun. Their pyramids are symbols of the stairway to the sun, and were designed to mimic its rays. In other words, the sun was the cornerstone of the Egyptian way of life for thousands of years.

The Great Sphinx, in Giza, is a huge sculpture made from natural limestone. It is over 19 metres high and lays near the Great Pyramid. The sculpture signifies Ra-Horakhty, another powerful sun God, with the body of a lion and the head of a human. The Sphinx is absolutely a carving to add to your list of travel must-sees. 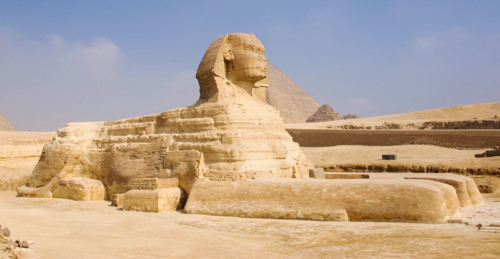 The Grand Shrine, or Ise Jingu, was built in 4BCE and is dedicated to the sun Goddess, Amaterasu. Bi-annual festivals are held at the shrine with traditional Japanese theatre & musical performances, dancing, and poetry recitals. The entranceway to the shrine is a large, sacred gate known as torri. The gate is rebuilt every 20 years as it is said to reenergise the power of the shrine. The red circle on the Japanese flag also symbolises the Amaterasu and the sun, as the emperor is said to be a direct descendant of the goddess herself. It’s a beautiful example of modern culture respecting the sun, and pulling ancient practices into current, everyday life. We can’t be there to take in the sight of the Grand Shrine in person right now, but we’re certainly there in spiritual solidarity. 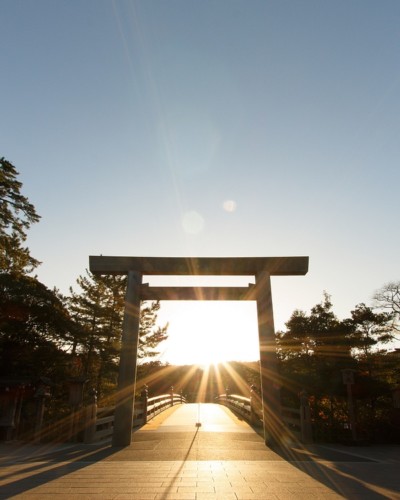 Over thousands of years, these stories and this worship of the sun have guided people’s way of life, their expressions of art, their ruling hierarchies and their connection to the land. The theme still plays a part in their cultures today, and it weaves us all together. We’re honoured that our legend of how Maui slowed the sun is one small, but integral thread in this international story of the sun, and its significance to our ancestors and children to come.

7 Things to Pack for your Te Urunga-Tu Sunrise Experience